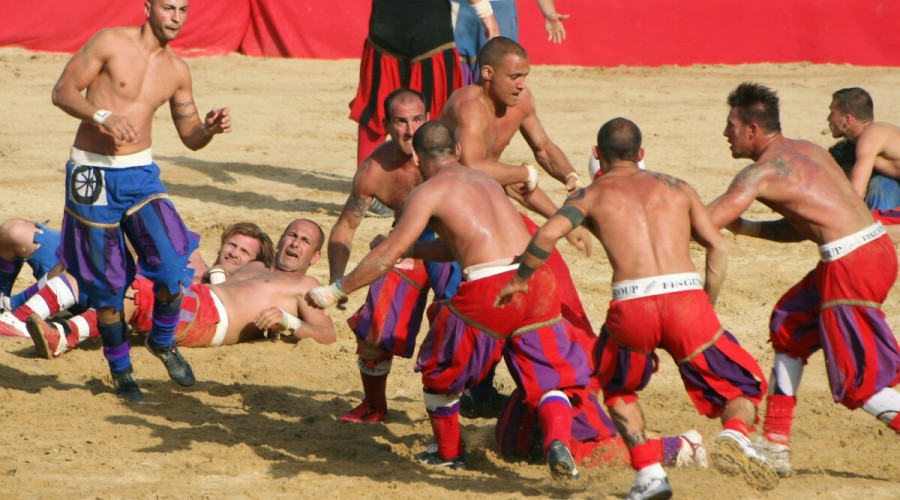 Mon, 06/24/2019 - 09:00
Between sport and legend, the Florentine's traditional Football has its roots in very ancient times. On 24 June 2018 the final will be played.
The historic football, born in Florence in the fifteenth century, is a combination of football, rugby, free fight and boxing, played in historical costumes.
In this medieval game, quite violent, you can attack your opponent with punches and kicks. The teams of the four historic districts of Florence compete against each other, playing the two semi-finals and the final to determine the winner.

Our staff is always available to assist you during the reservation process and offer you the best solution for your stay. CONTATE-NOS at +39 055 288621 or via email at bookinghotelbernini@duetorrihotels.com