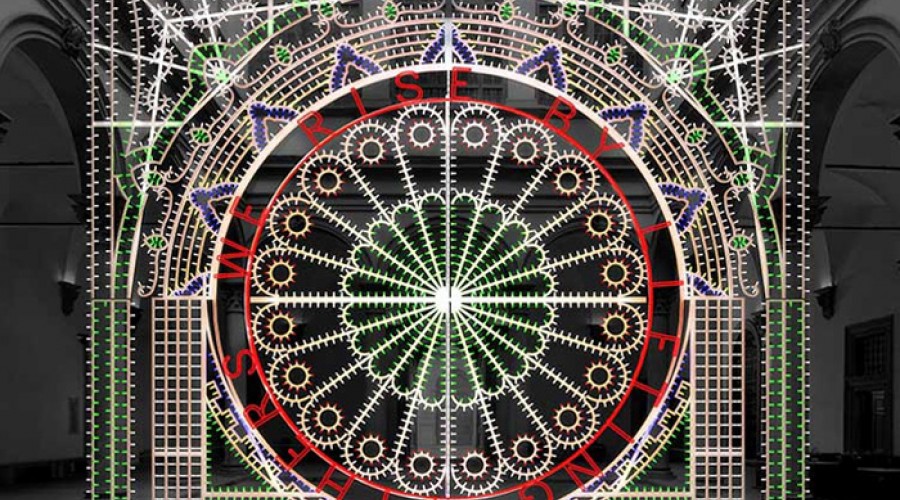 Palazzo Strozzi in Florence will be hosting We Rise by Lifting Others, a new project by Italian artist Marinella Senatore, who has been invited to submit a new reflection on the idea of the community, proximity and relations in an age in which the concept of social distancing is having a huge impact on the daily life of each and every one of us.

REQUEST INFO
Curated by the Fondazione Palazzo Strozzi’s Director General Arturo Galansino, the project consists of a large installation for the courtyard inspired by the popular southern Italian luminaria or “artist’s lighting” tradition, and a programme of participatory workshops focusing on the idea of social activation and the construction of a community built around the practice of performance art.
One of Italy’s most celebrated female artists on the international scene today, Marinella Senatore develops an artistic practice characterised by a participatory dimension combining different disciplines, the visual arts, dance and the theatre. In 2013 she founded The School of Narrative Dance, a travelling educational project focusing on inclusion and collective urban action. She has produced installations, performances, paintings, collages, videos and photographs, involving whole communities around social themes and urban issues such as emancipation and equality, socialisation and group formation systems and workers’ conditions.
Her work has been displayed in various venues both in Italy and throughout the world, such as the Centre Pompidou in Paris and the Museo MAXXI in Rome, and she has taken part in numerous major international biennali such as Manifesta 12 and in the Biennali of Lyon and Venice. Marinella Senatore has won the fourth edition of the Italian Council, the Premio MAXXI award, a fellowship with the American Academy in Rome, the New York Prize.
Rendering of the installation for the Courtyard of Palazzo Strozzi made by Prospettica
info www.palazzostrozzi.org